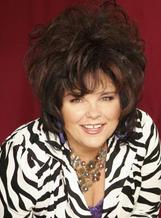 Vicki was in the Finals of "America's Got Talent" Season 13 and Simon LOVED her!  She's also the winner of Nickelodeon's Funniest Mom in America hosted by Rosanne Barr and was singled out by E! Television as the 'next breakout star to come out of the World Famous Comedy Store'. She was also selected by Bob Reid and Mark Ross, the Talent Coordinators of The Tonight Show with Jay Leno to be a member of Jay Leno's  Laugh  Squad.  In addition to comedy Vicki owns and operates a popular wedding mobile service "Wedding Chapel To Go"... she can marry you on the spot!

The very popular Funniest Housewives Comedy Show was created by the hilarious Cindy Burns. Joan Rivers herself selected Cindy as the "next breakout star!" Cindy went on to appear on Oprah, the Tonight Show and was an audience favorite everywhere she performed! Cindy was so loved by her fans.  Her zest for life and hilarious delivery inspired everyone she met.  In June 2016 Cindy was featured on CNN in a special showcasing Healing Through Laughter and In September 2016 Cindy was the recipient of the Women's Journey Foundation Legacy Award for her "Humor and Courage".

Stephanie starred in TLC's #WhatSHESaid, Discovery Family Channel’s Babies Behaving Badly, and has featured on Comics Unleashed, CMT's 20 Funniest Videos as well as producing and scripting Road Mamas for MTV Networks/NickMOM and her web series, MOMS RULE, an irreverent look at motherhood.  Her writing has  been  featured  in  Child  Magazine,  Parents  Magazine, The Hot Moms Club and The Comedy Thesaurus.  Stephanie was crowned New York’s Funniest Female, chosen for HBO’s U.S. Comedy Arts Festival and recognized by The NY Times as "a woman with a sit com life". 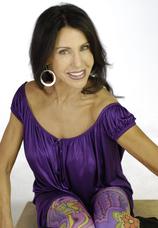 ​A regular on Girls Behaving Badly and a correspondent on The Tonight Show with Jay Leno. One of Kira’s greatest achievements is shooting her latest 1 Hour Stand Up Special, "You Did This To Me", which was completely self-produced and she shot it while over seven  months pregnant.  Kira  is  the  first stand-up comedian to shoot a special pregnant!  She has appeared on The Jay Leno Show, Hello Ross! with Ross Mathews, Jimmy Kimmel Live, Last Call with Carson Daly, Hell’s Kitchen, Last Comic Standing, Set List TV, and The World Stands Up on Comedy Central. 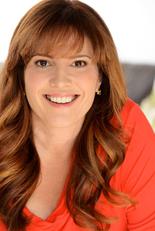 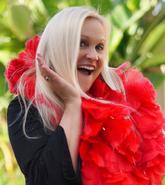 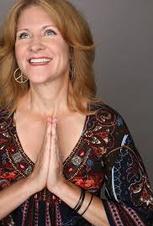 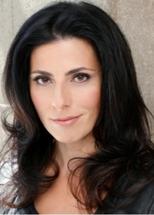 The Funniest Housewives are a sizzling comedic sensation whose styles are hilarious, diverse and witty! The Funniest Housewives have been performing for audiences for over a decade and women and men alike love the show.  These funny ladies have been seen on The Tonight Show, Letterman, Conan, Jimmy Kimmel, America’s Got Talent, Girls Behaving Badly, Last Comic Standing, Craig Ferguson, Comedy Central, Comics Unleashed, The View, Live at Gotham, Comic View, as well as the winners of Nick at Nite's Funniest Mom in America, California's Funniest Female, and Hilarious Housewives on The View. We also feature special guests, such as Rita Rudner, Leanne Morgan and Mrs. Hughes... To name a few. 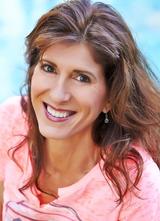 From The Late Show with David Letterman to Sirius Satellite Radio, Comics Unleashed, Comedy Dot Com, Live at Gotham and Comedy Central, Karen Rontowski’s fast-paced clean optimistic humor is perfect for any club, corporate or fundraising event.  With a stand up career that spans over 25 years she has performed in 45 of the United States and over 13 countries including New Jersey.  In addition to comedy,  Karen  is  a renown Tarot Card Reader and Ghost Hunter! 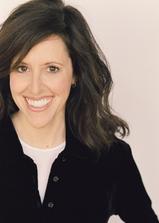 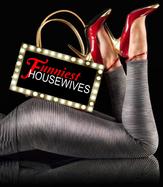 Multi Personalties Housewife  Angela Hoover
​Angela Hoover is most notably from season 8 of America’s Got Talent where Howie Mandel is quoted as saying, “You are by far, the best impressionist working today.” Angela has parodied everyone from the Real Housewives, to Kim & Kourtney Kardashian, to Kristen Chenoweth and Celine Dion to Nancy Grace.  All of which you can catch on her Youtube Channel The Angela Hoover show.  Hoover has been seen on Comedy Central’s Inside Amy Schumer, Casual, Insecure and was recurring for 3 seasons on Disney’s Walk the Prank. This spring 2019 you can catch her on Lucifer on Netflix!

Manic Housewife  Frances Dilorinzo
​Frances is a YouTube sensation AND she’s been pegged as Warren Buffett’s favorite comedian!  In an interview he quoted “Frances Dilorinzo is the best at raunchy, but not offensive humor – just my type”.  Frances has appeared on all the major TV networks, is a favorite in Las Vegas, and performs on cruise ships around the world.  She’s a mom by day and hilarious comedian by night… It’s no wonder she’s a fan favorite!  When you hear the word Funny… you think of Funny Frances! 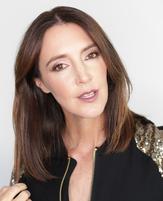 CEO of Funny Mom Productions and Producer of the Funniest Housewives.  She was crowned the Hilarious Housewife on ABC’s The View and has had additional appearances. In addition to performing with the Housewives she is currently starring alongside one of Nickelodeon's Funniest Moms in "Single Mom The  Musical" which she wrote and produces.  Julie is the host of Giggle Gab / KDOC "What's Up Orange County" and the author of "Embracing My Funny Bone Even When Shit Happens".  In addition, her jokes have been featured in Good  Housekeeping,  Reader's Digest and Modern Mom Magazine as well as numerous comedy books including, Comedy Thesaurus, She’s So Funny, Mom This Jokes For You, and Loves Funny That Way.  TV credits include NBC's Life Moments, Iyanla Vanzant -Time To Laugh and Next Big Star. Julie produces the Funniest Housewives, the Funniest Husbands and Single Mom The Musical.  Please email for Public Speaking and Comedy inquiries.